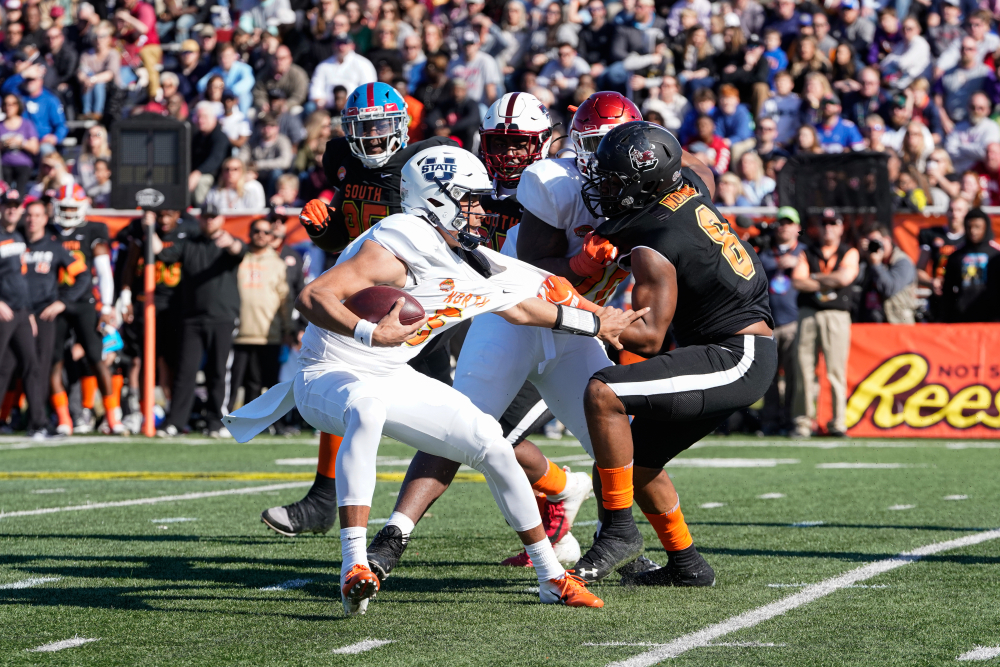 Naming a bust in the NFL Draft is just as difficult as taking a swing on who will be a great player.

Naming a bust in the NFL Draft is just as difficult as taking a swing on who will be a great player. Sure, Joe Burrow seems to have the goods, but you just never know.

The 2020 NFL Draft’s first round saw some great names leave the board. They’re all entering environments that will help facilitate their success. But there is one player who has virtually no chance of any success for the foreseeable future. That would new Green Bay Packers quarterback, Jordan Love.

Following his Freshmen season at Utah State, Love shot up like a rocket. He doubled his passing yards from 1,631 to 3,567. He also made a huge jump in his touchdown total, going from 8 to 32.

Most impressively, Love threw 6 interceptions during his Freshmen year, the same exact number he threw during his Sophomore year.

It’s seldom that a player will get that much better throwing the football without throwing a few extra interceptions. Coming into his Jr. year though, things fell apart. Every single one of his stats fell from the year before. The huge dip in production isn’t the only reason for the dubious feeling for his success.

Aaron Rodgers might be 36, but he doesn’t see the finish line anywhere close.

“Win the Super Bowl when I’m 45, and ride off into the sunset,” said Rodgers on The Rich Eisen Show last year.

That doesn’t exactly sound like a man that views himself as slowing down. Also let’s not forget, when Rodgers first entered the league he sat behind Brett Favre for a number of years.

Favre wasn’t exactly too interested in sharing his knowledge with the man that was picked to replace him. Rodgers could easily follow in his footsteps.

Love’s awful Jr. season could be nothing more than an anomaly. But with Rodgers not willing to let go of the reigns, Love could find himself sitting for a long time.