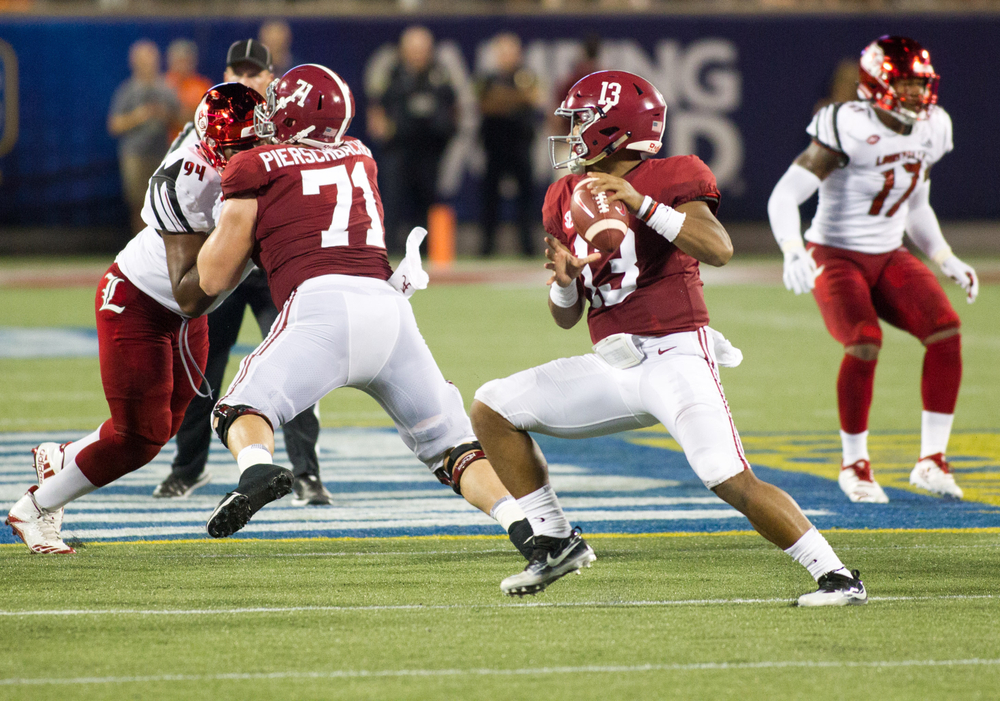 If you want the ultimate guarantee in regards to who will become a certified All-Pro, look no further than Tua Tagovailoa.

The NFL Draft usually provides relief to 32 fanbases. It doesn’t matter if their team ended the season hoisting the Vince Lombardi trophy, or if they were the laughing stocks of the entire league. The NFL draft gives them all a bit of hope that everything is going to be alright.

But now, the relief has stretched out to the rest of the world as the draft provided a bit of normalcy amid COVID-19.

The talent was everywhere. Chase Young has the same look as the Bosa brothers. Meaning he’ll have an immediate impact. Henry Ruggs III and Jerry Jeudy are the sort of wide receivers that everyone will be wondering how they stayed on the board for so long a few years from now. It won’t make any sense throwing the ball in the direction of Jeff Okudah down in Detroit and Justin Herbert has loads of potential.

In terms of who will become an All-Pro, close your eyes and pull a random name from a hat. Chances are, you’ll get it right. Now, while there might not be a bad choice, if you want the ultimate guarantee in regards to who will become a certified All-Pro, look no further than Tua Tagovailoa.

The Miami Dolphins made a huge mistake 14 years ago. They decided to pass on one of the best quarterbacks in NFL history in then free agent Drew Brees in favor of Daunte Culpepper. The reason behind it was a good one.

Brees’ injured shoulder turned him into a huge liability threat at the time. Instead of rolling the dice, they went the other way and have been suffering ever since.

Now, with a second chance (and a timely reminder from Nick Saban), they didn’t make the same mistake twice.

The hype surrounding Joe Burrow was both real and warranted. He balled out for LSU. He put together an undefeated season, won the Heisman trophy and led his team to a national title. You also can’t forget about 60 passing touchdowns as well. But with that being said, had Tua not been hurt, the argument for him going No. 1 in the draft was just as strong.

It’s easy to forget that Tua not only led his team to a national title in his freshman season, but let’s also remember that was his first real game action. Unless, of course you count the garbage time he had been playing all year up until that point.

Many called it luck. Winning one game didn’t prove anything. Well, Tua had one hell of an encore. Not only did he throw for nearly 4,000 yards (3,966) in 2018, but he also threw 43 touchdowns against just 6 interceptions. He may have lost in the title game, but he did take his team there.

At one point in time, the term “Tanking For Tua” was a real thing. Teams were lining up ready and waiting to throw away their entire season for the opportunity to draft him. Of course, things changed. While Tua’s injury history isn’t something to simply ignore all together, take it from the man who is universally recognized as the best college coach in the world in Saban on his former quarterback’s potential.

“The sky’s the limit,” said Saban to The Wall Street Journal when asked about Tua and his abilities. “I don’t think any of the questions with Tua have to with his ability to throw the ball and be effective.”

The nightmares of Daunte Culpepper have haunted this franchise for a very long time. Passing up on this sort of talent would have sent this franchise towards that same analogous feeling. But now, Tua can change everything about this perennial bottom-dwelling franchise.