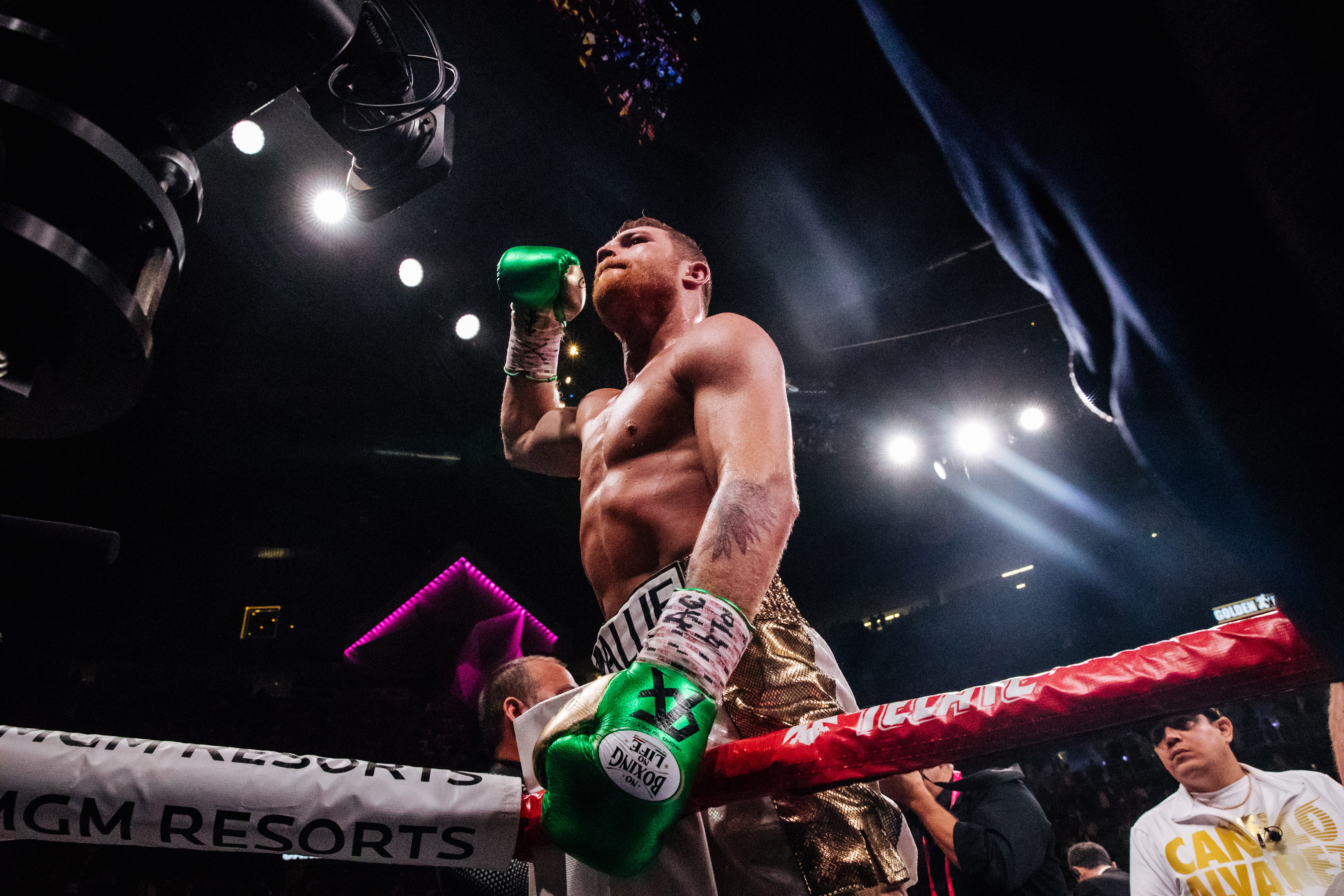 Hennessy, the world’s best-selling Cognac, begins the month of May celebrating Canelo Álvarez’s historic victory over the weekend.

NEW YORK, May 6, 2019 /PRNewswire-HISPANIC PR WIRE/ — Hennessy, the world’s best-selling Cognac, begins the month of May celebrating Canelo Álvarez’s historic victory over the weekend. Retaining his current belts and, after winning the IBF Middleweight Championship belt, this latest victory puts Canelo just one belt shy of unifying the division and becoming the undisputed champion.

In the spirit of Hennessy’s “Never stop. Never settle.” mantra, this milestone fittingly came on the eve of Cinco De Mayo in front of a packed crowd of 20,203 at the T-Mobile Arena in Las Vegas. With a decisive decision win, Canelo continued to honor the legacy, country, family and heritage of excellence he’s displayed since exploding on the boxing scene in 2005. Since then, his relentless pursuit of greatness has only been matched by a ruthless work ethic and training regimen that rivals any athlete in any sport.

“The unwavering dedication and determination to push his body to the limit, coupled with a commitment to family, culture, and legacy, embodies all hallmarks of the Hennessy brand,” said Giles Woodyer, Senior Vice President, Hennessy US. “We are proud and honored to continue our partnership with Golden Boy and Canelo during their continued reign of boxing.”

Global superstar and one of Hennessy’s newest cultural icons, Maluma, sat ringside as one of the brand’s special guests. Following the match, Maluma attended Canelo’s celebratory evening at KAOS at the Palms where guests toasted to the boxing champion’s continued “Never stop. Never settle.” journey.

Canelo’s unrelenting drive, commitment and tenacity have yet again propelled him to the top—making him an inspiration to the next generation as he enters year three of working with Hennessy. Intended to encourage others to “Never stop. Never settle.,” the partnership with Golden Boy includes support of the entire Golden Boy camp: custom content around their various platform partners, in addition to video releases, special events, and cross-channel promotions over the course of 2019.

Hennessy invites fans across the globe to toast this monumental victory with an inspired V.S.O.P Privilège cocktail:

ABOUT HENNESSY
The leader in Cognac, the Maison Hennessy has shined around the world with its exceptional blends for more than 250 years. Built on founder Richard Hennessy’s spirit of conquest, the brand is present in more than 130 countries. Based in the heart of the Charente region, Hennessy is also a steadfast pillar of the regional economy, the standard-bearer for a sector rich in expertise. The House’s success and longevity are rooted in the excellence of its cognacs, each of which is born of a unique process of transmission from generation to generation.

The first wine and spirits house to be certified ISO 14001, Hennessy unites its capacity for innovation and the support of all of its partners to protect this exceptional area. As the crown jewel of the LVMH Group, Hennessy is a major contributor to French international trade, with 99% of production sold in export, and a worldwide ambassador for the French art de vivre.

About Golden Boy:
Los Angeles-based Golden Boy was established in 2002 by Oscar De La Hoya, the first Hispanic to own a national boxing promotional company. Golden Boy is a media and entertainment brand committed to making fighting entertainment more accessible and affordable. The company’s in-house production team develops creative original programming for ESPN, RingTV.com and international channels across the globe. The company holds the exclusive rights to top boxers and has promoted some of the biggest and highest grossing events in the history of the sport. Now, Golden Boy is one of the most successful boxing entertainment companies in the world and shapes the future of boxing for fighters and fans alike through its 2019 partnership with streaming platform, DAZN.