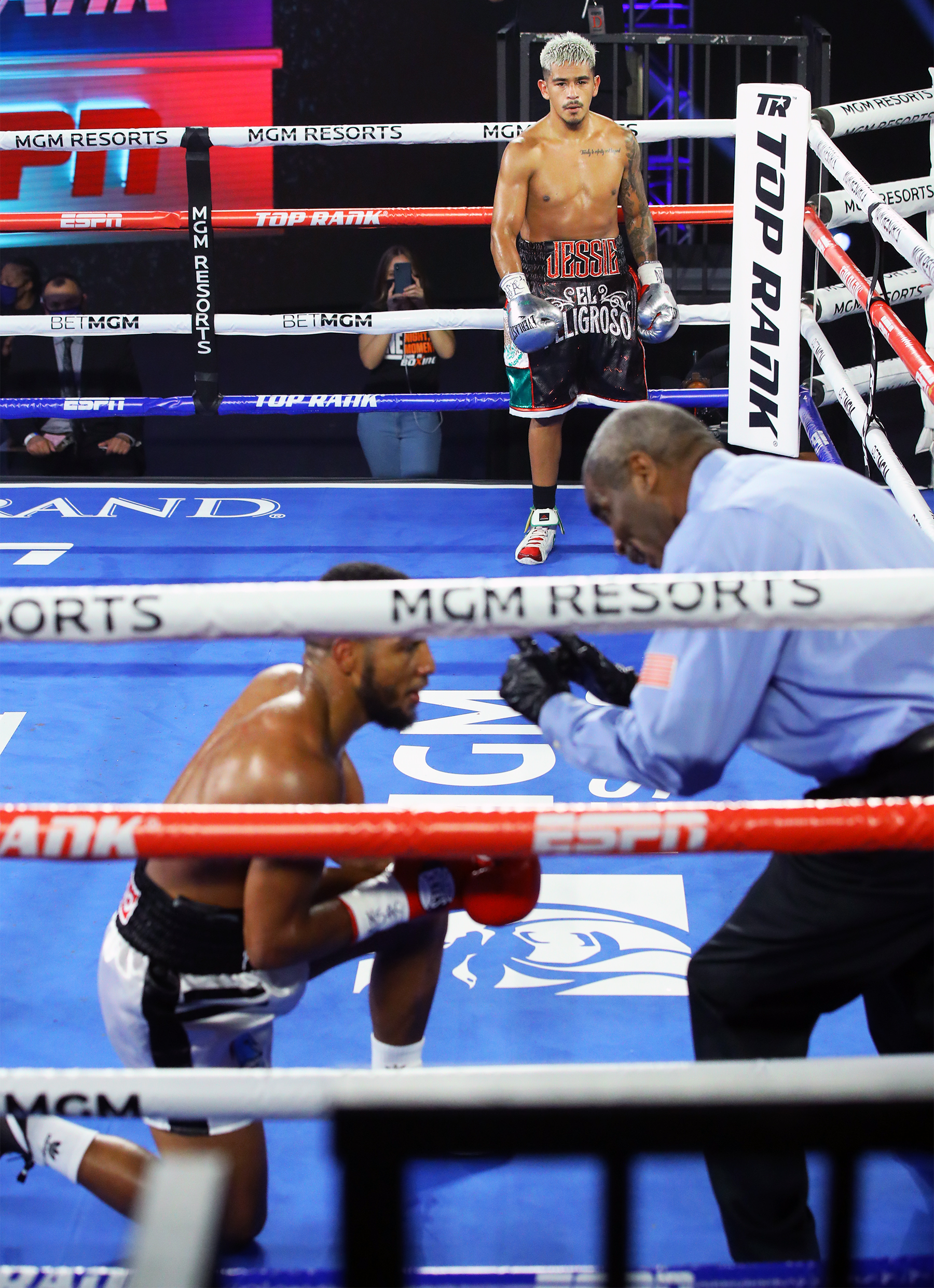 Things started off as any other boxing match. The two went back and forth before Magdaleno caught his man cold with a combination in the first round. Vicente fell to the ground but quickly bounced back up. He seemed pissed that he was caught with the shot, and he made sure that Magdaleno paid for it in the most painful way possible.

Vicente boxed patiently until the fourth round. He waited for the perfect time to land his best combination. One shot downstairs, another to the head and down went Magdaleno. Under normal circumstances, Vicente would have officially been in the driver’s seat, but this was anything but normal.

The first shot that Vicente landed downstairs went a bit too far beneath the belt. The referee quickly tried to step in to give Magdaleno some time to recover from the low blow but Vicente landed a quick shot upstairs that dropped his man.

After several minutes of clearing his head, the match was back on, but not without referee Robert Byrd deducting two points from Vicente. With a knockdown and two points already in Magdaleno’s back pocket, Vicente kicked up the aggression but paid for it yet again with a fifth round knockdown.

It was deja vu as Vicente once again hit his man below the belt. Rushing in came Byrd who took away yet another point. Presumably trailing on all three judges’ scorecards in the 10th and final round, Vicente went to work with his most effective punch of the night.

The low blow. This time however, the referee grew tired of taking away points and called off the contest all together, giving Magdaleno the disqualification win.

FINAL GRADE FOR JESSIE MAGDALENO: B

Magdaleno should be commended for being able to walk out of the ring under his own power considering the ridiculous amount of low blows. But his contest against Yenifel Vicente went on far longer than many were anticipating.

At the moment, Magdaleno is rated number one in the WBC rankings. Belt holder Gary Russell Jr. has been a person of interest for him. Stating on numerous occasions that he’s the man that he wants next.

Russell Jr. has never been one to miss out on a challenge. But he has recently expressed an interest in moving up in weight. If he sticks around though, Magdaleno could be next in line.

His performance tonight may have netted him the win, but it won’t strike confidence in most in his ability to pull off the victory against Russell Jr. 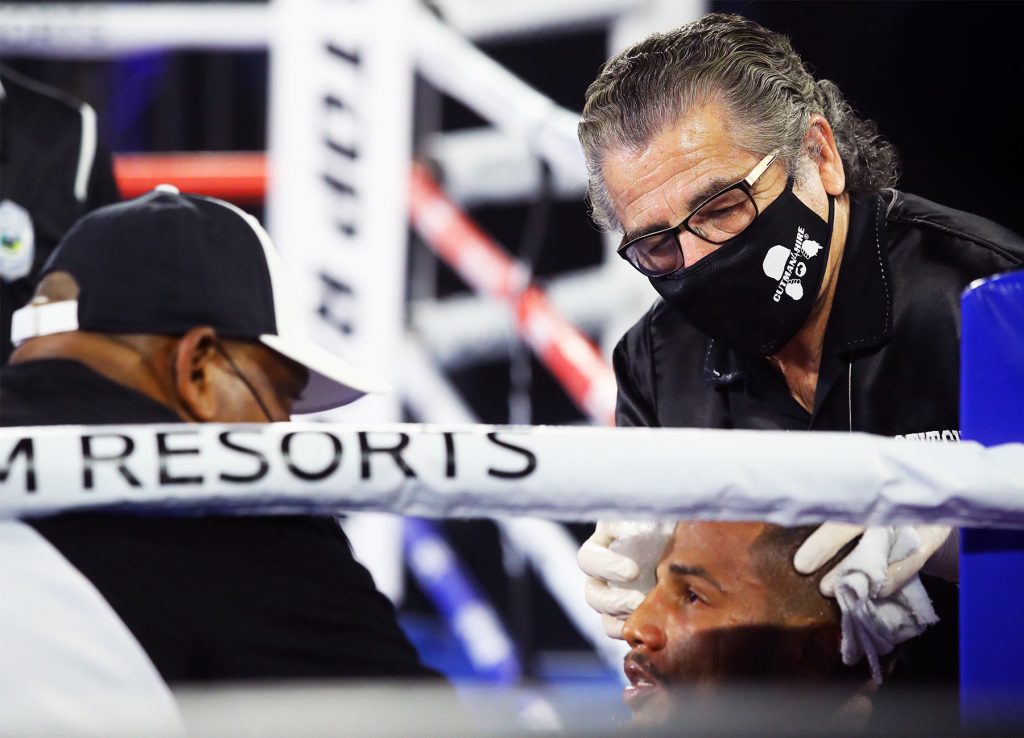 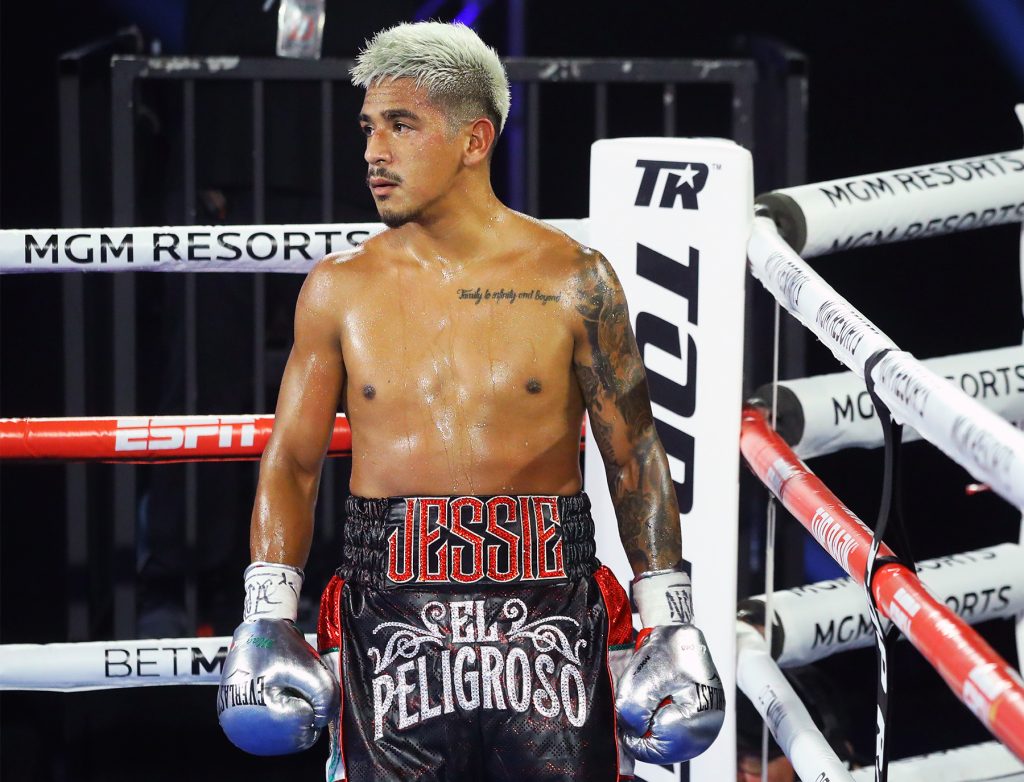 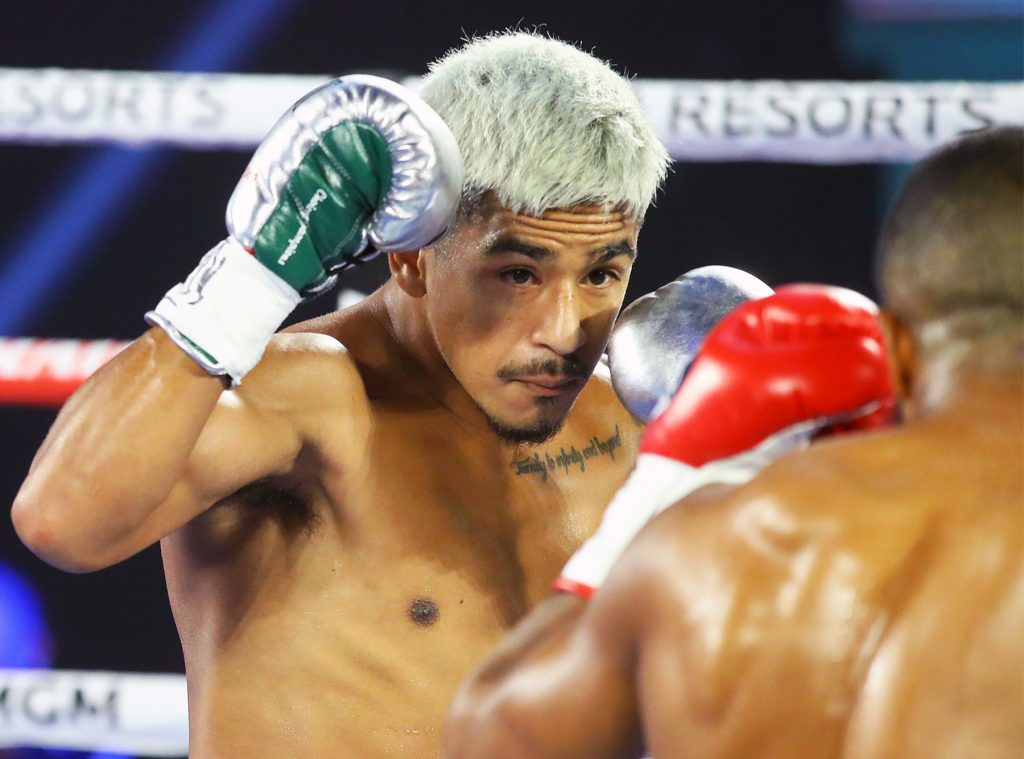 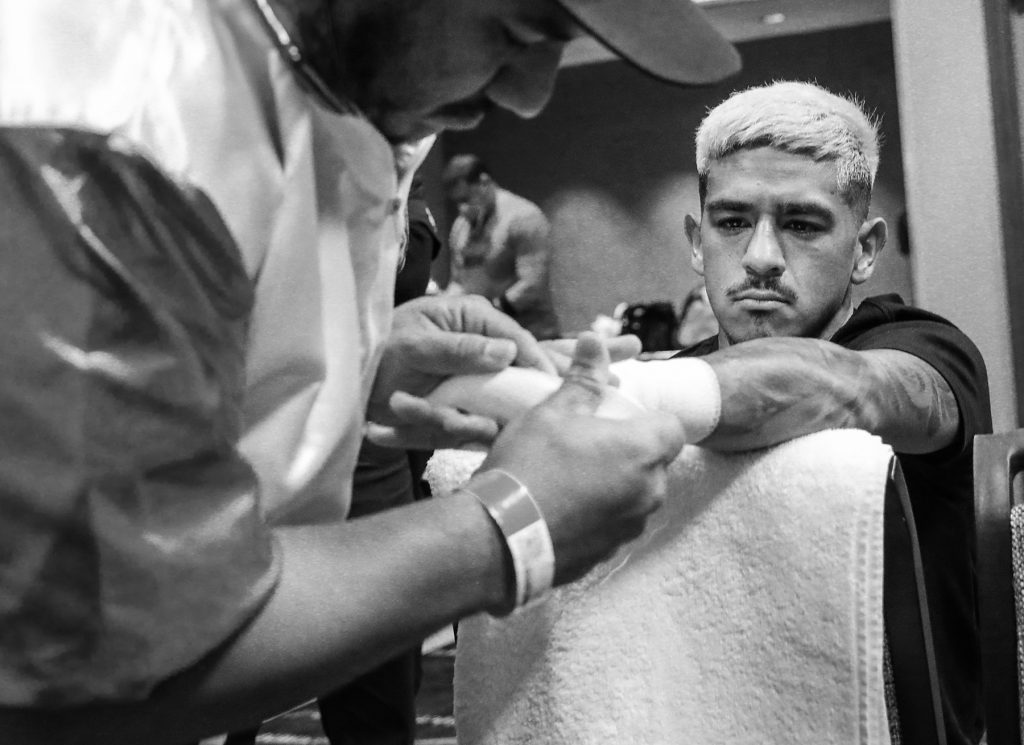 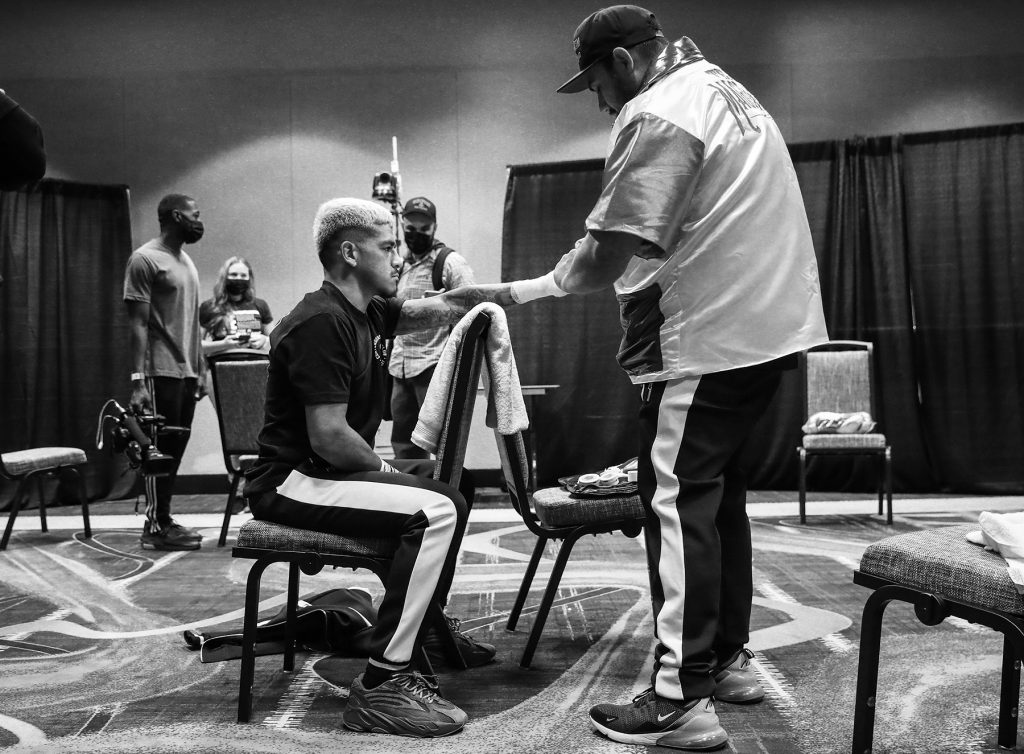 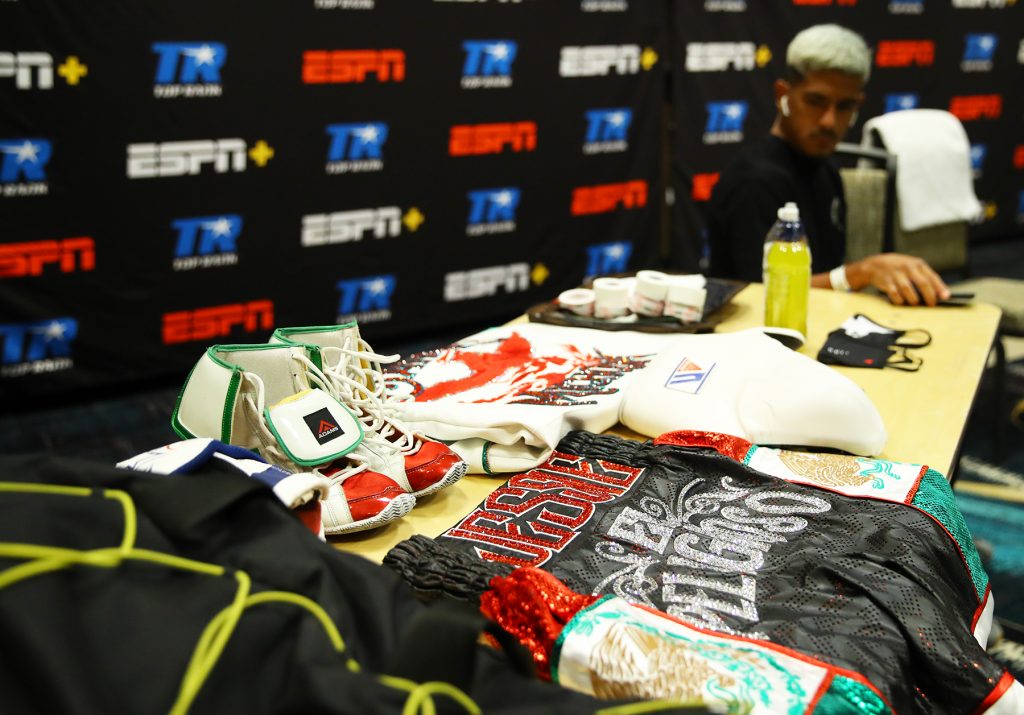 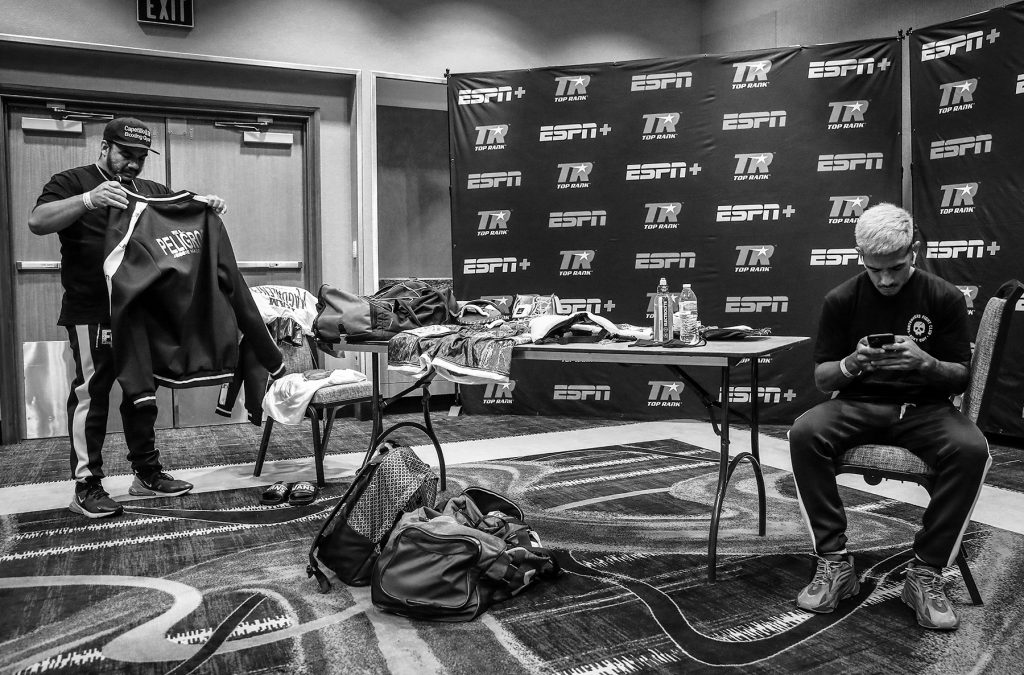 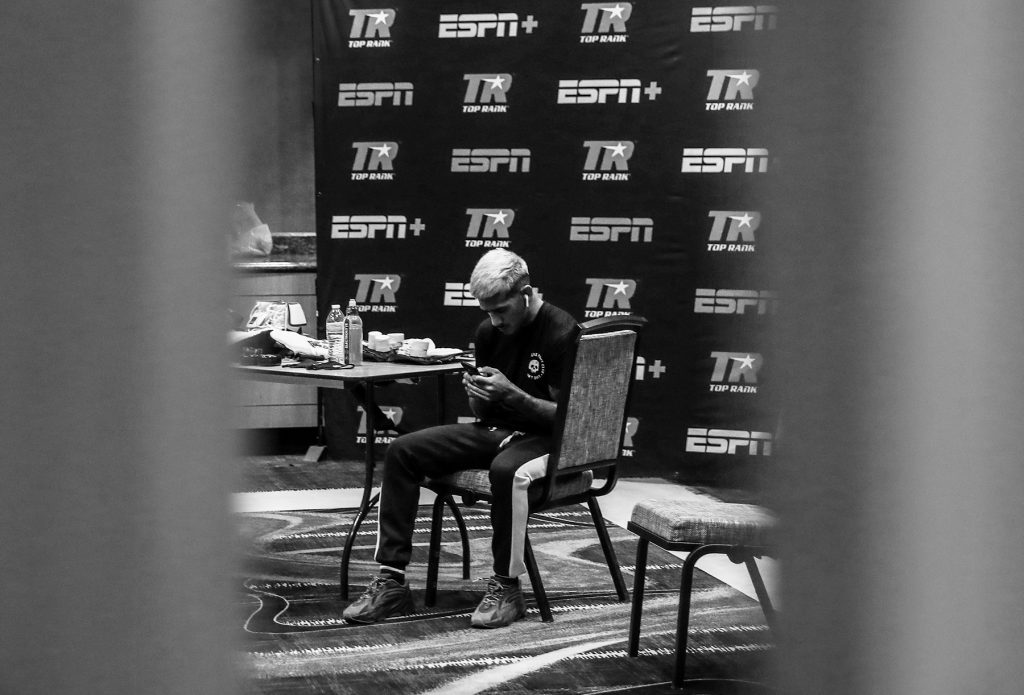 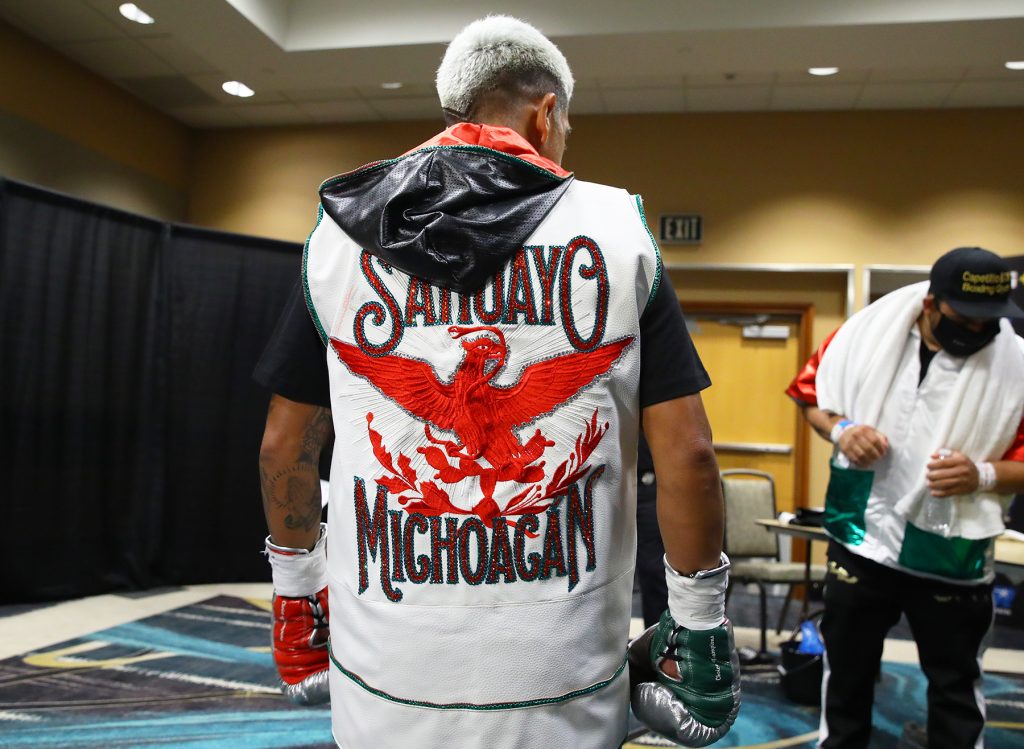 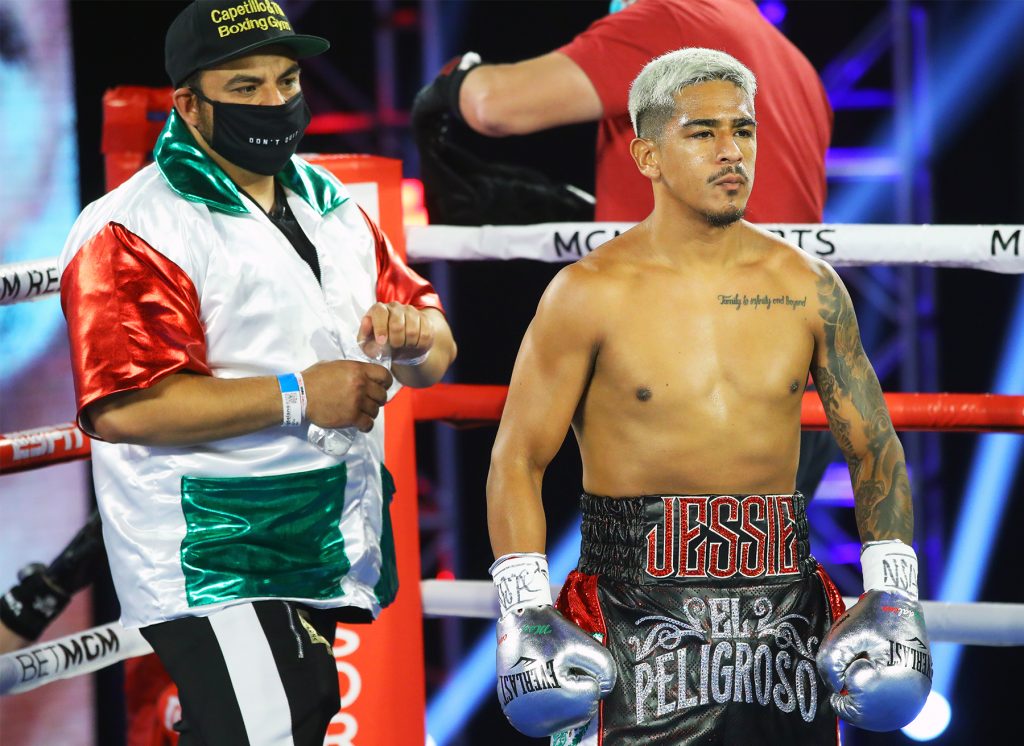 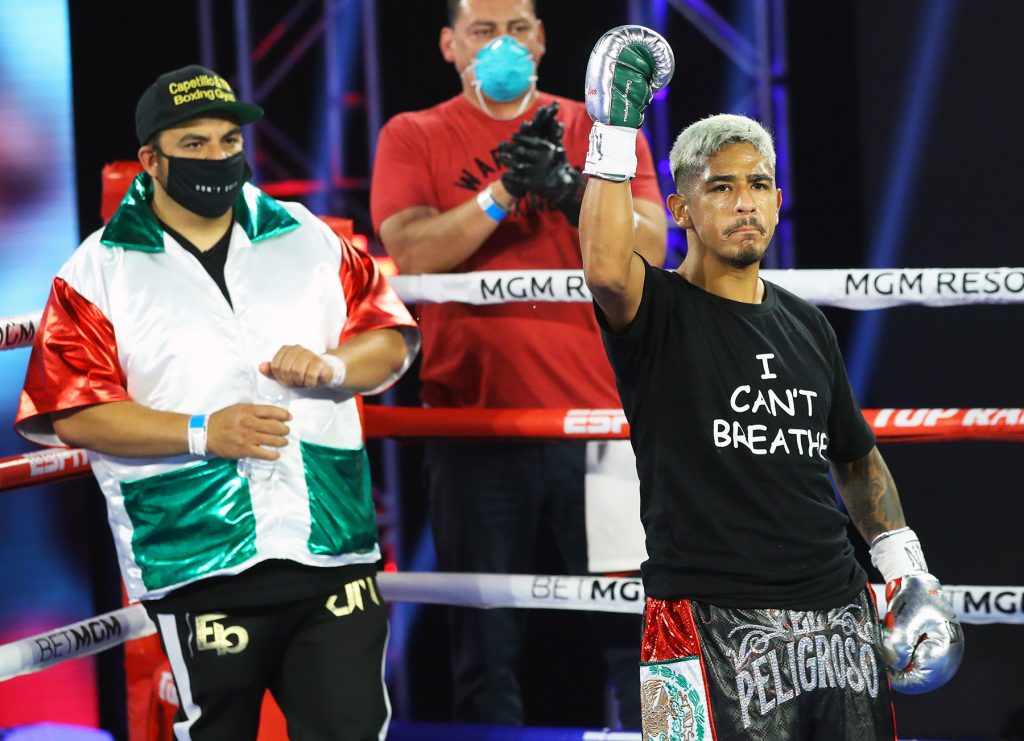 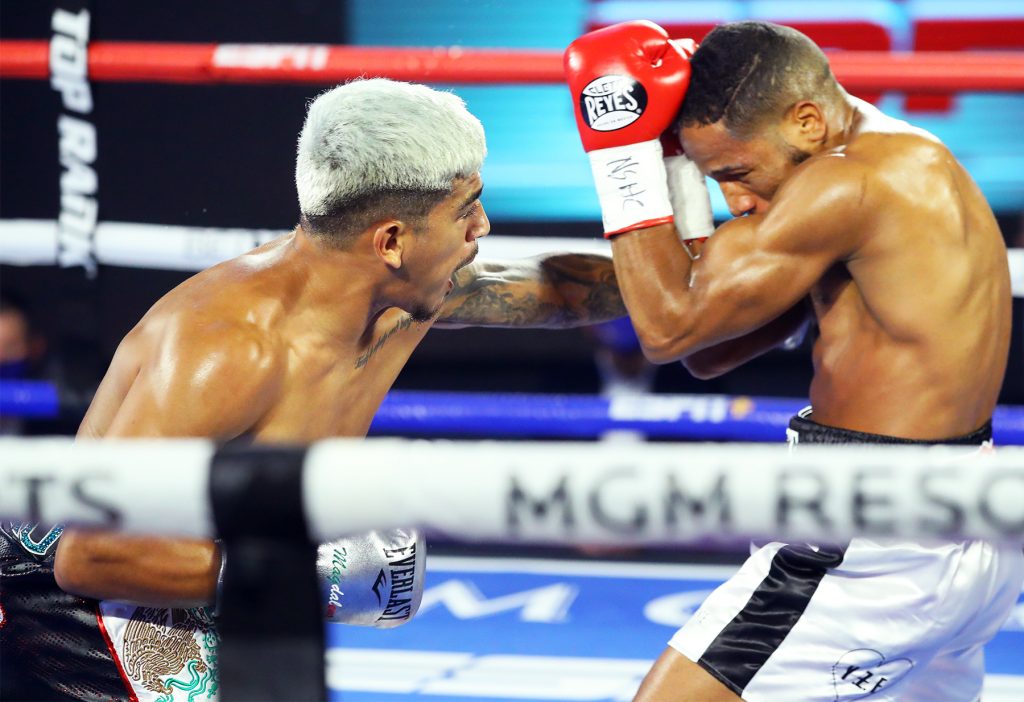 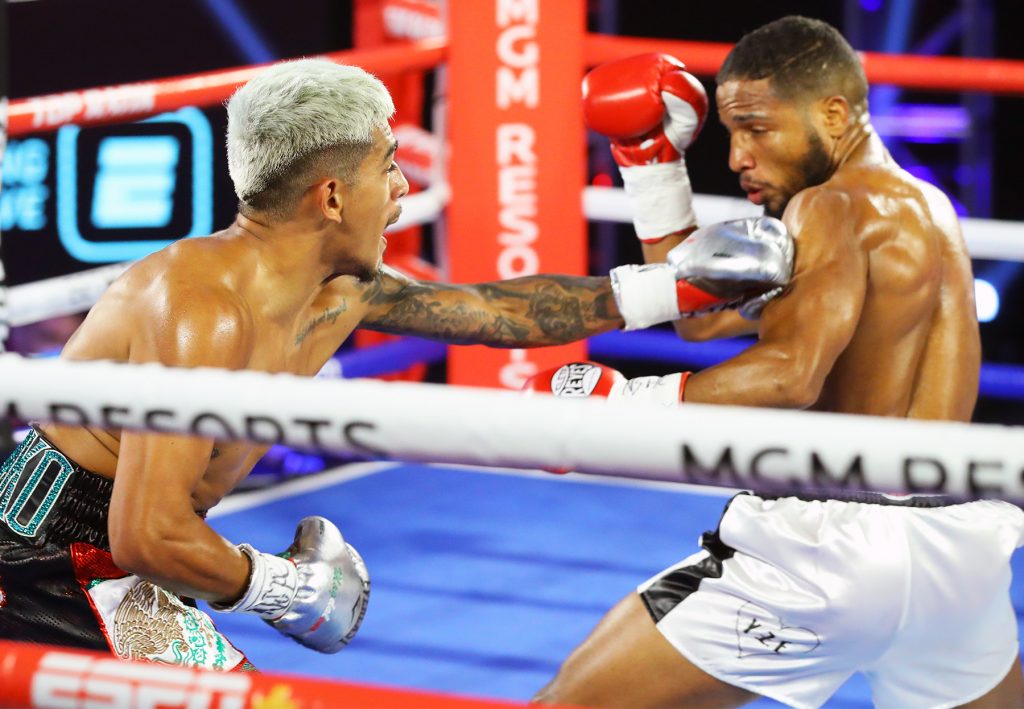 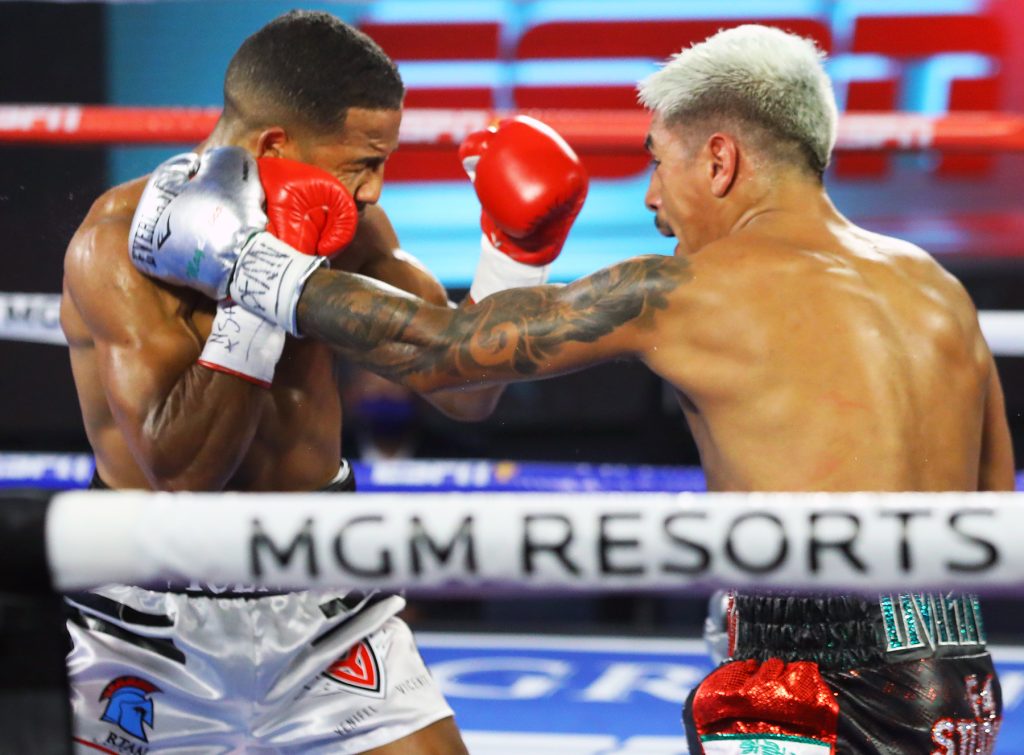 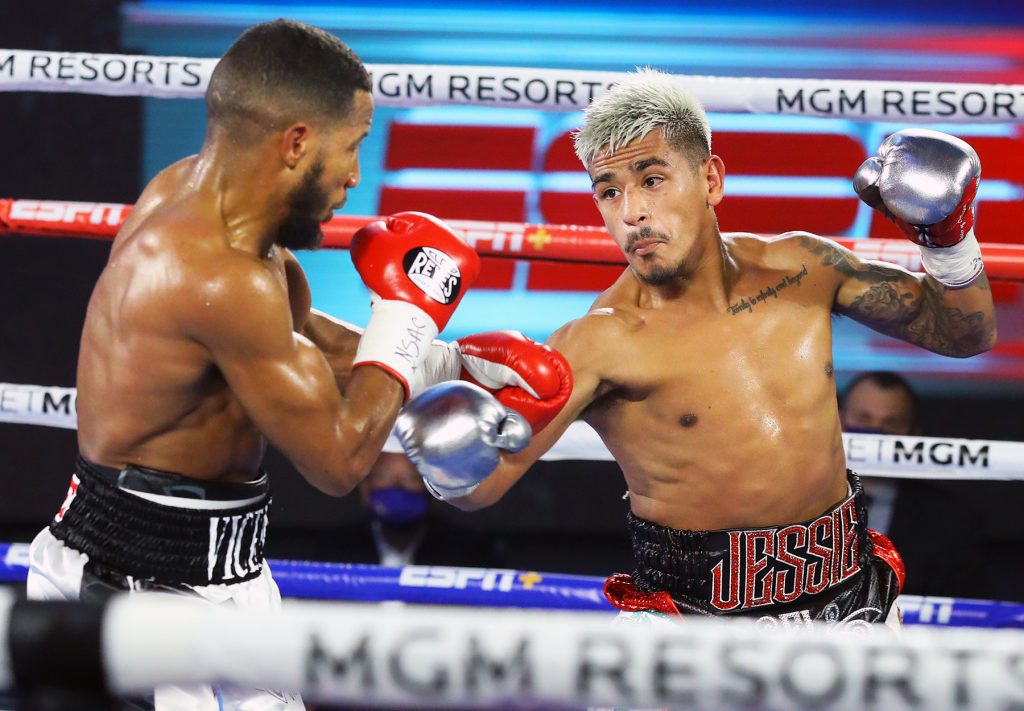 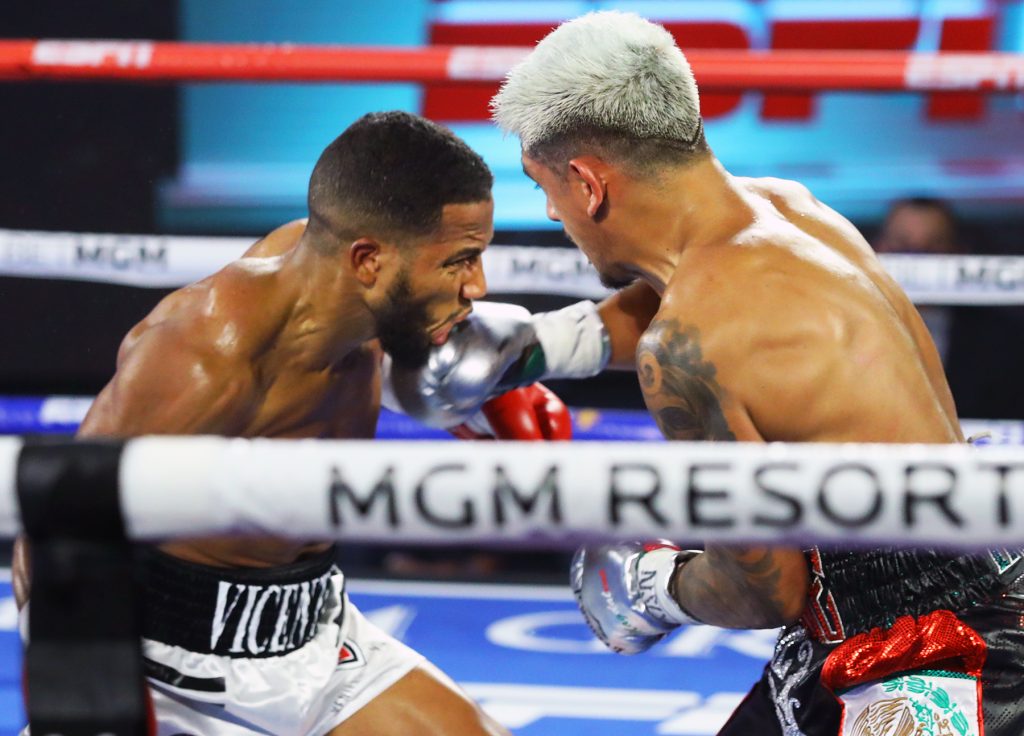 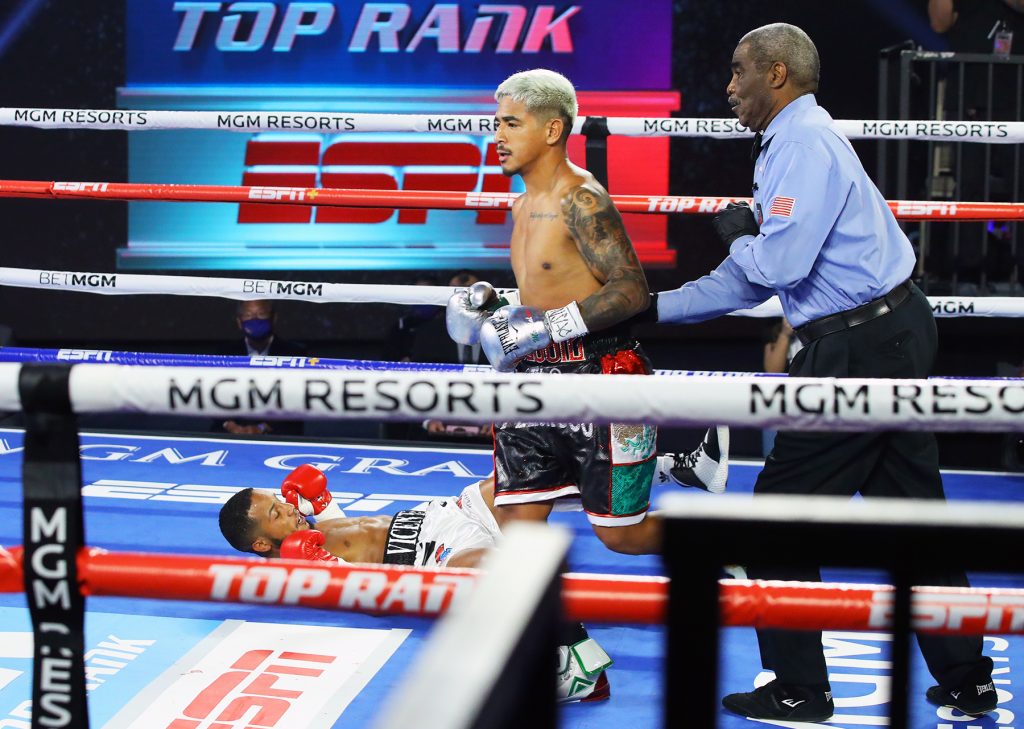 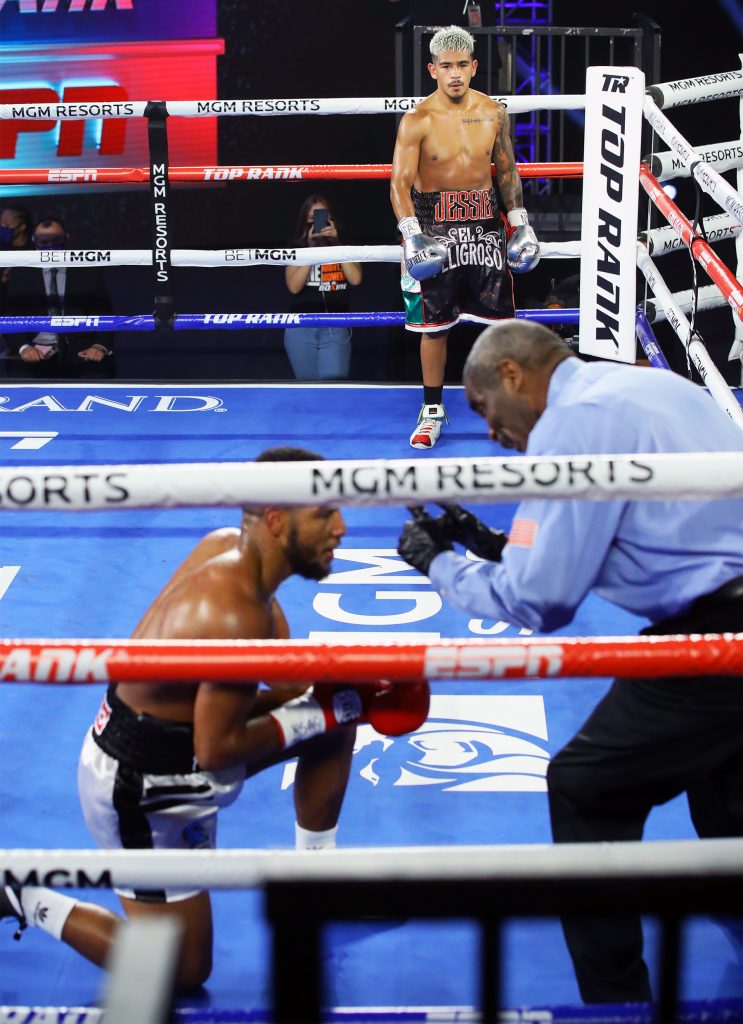 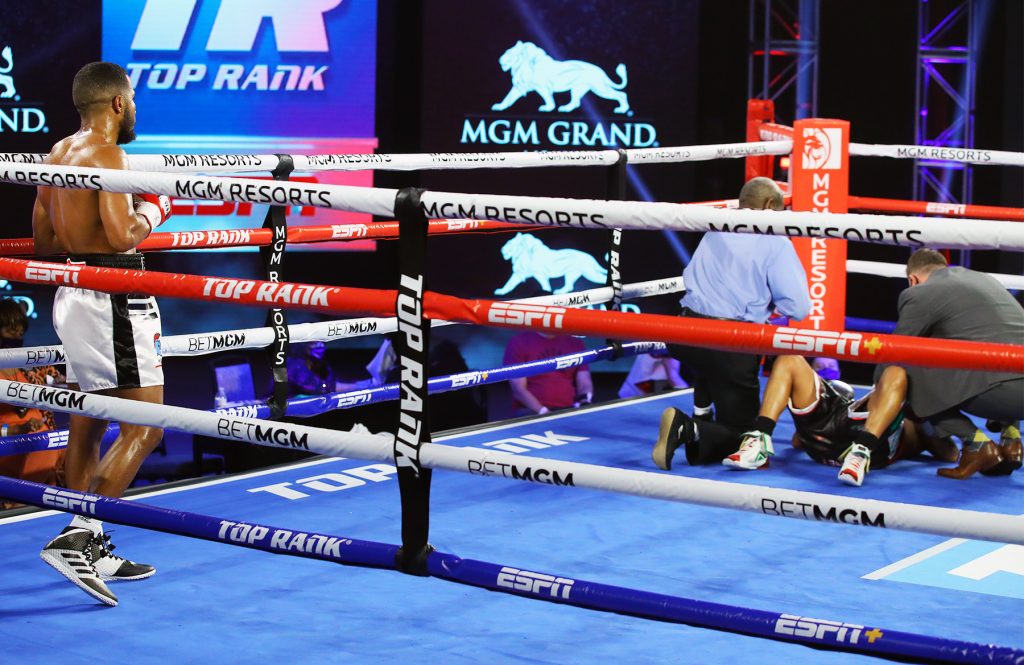 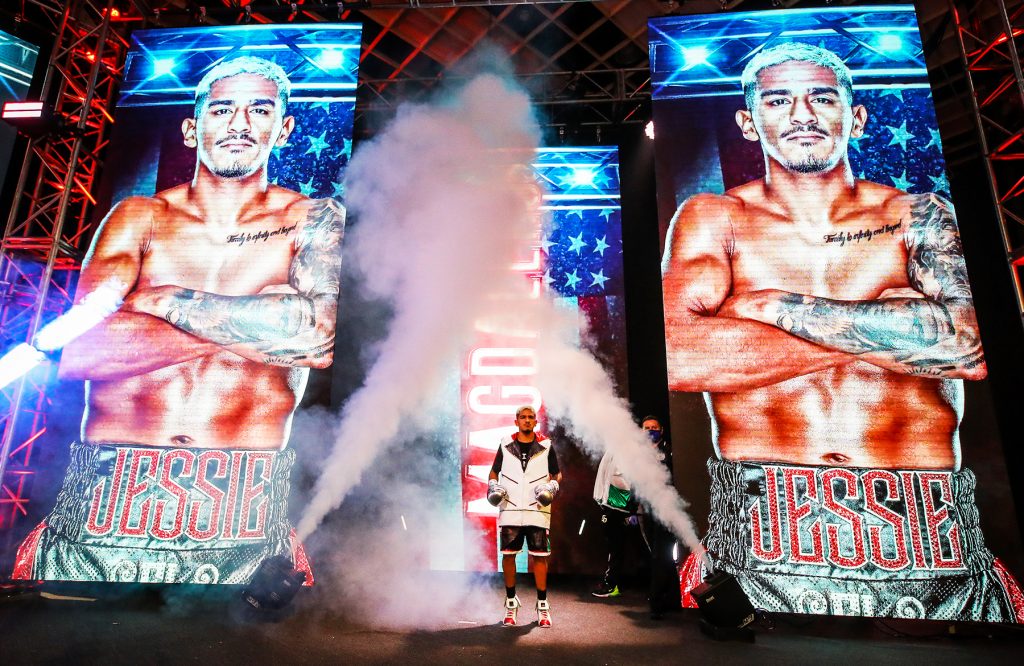 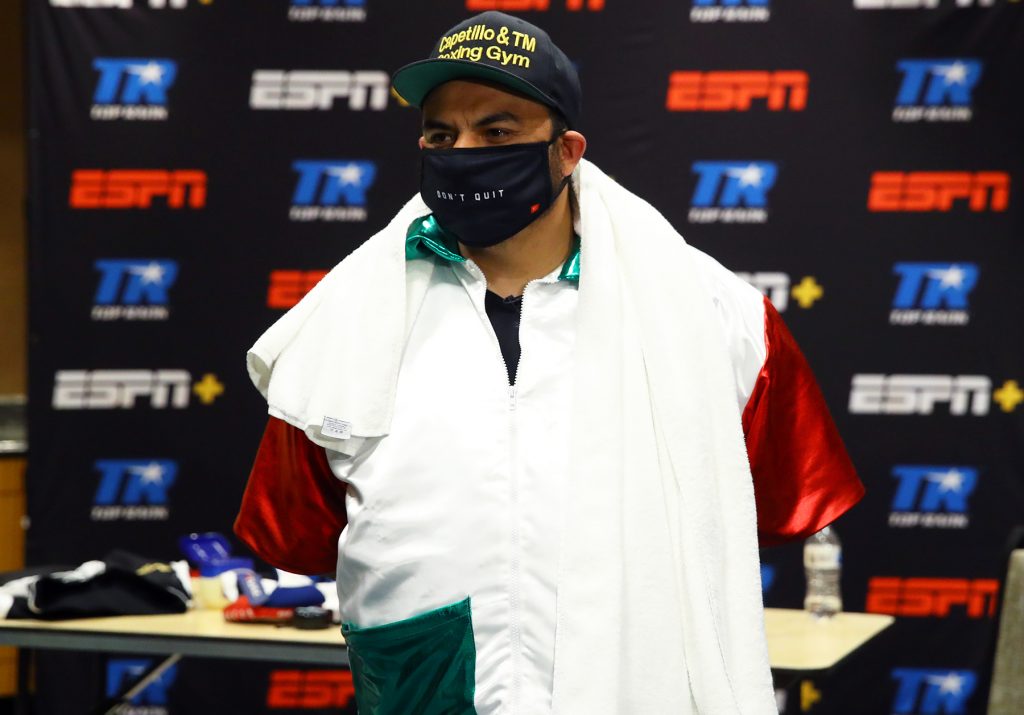 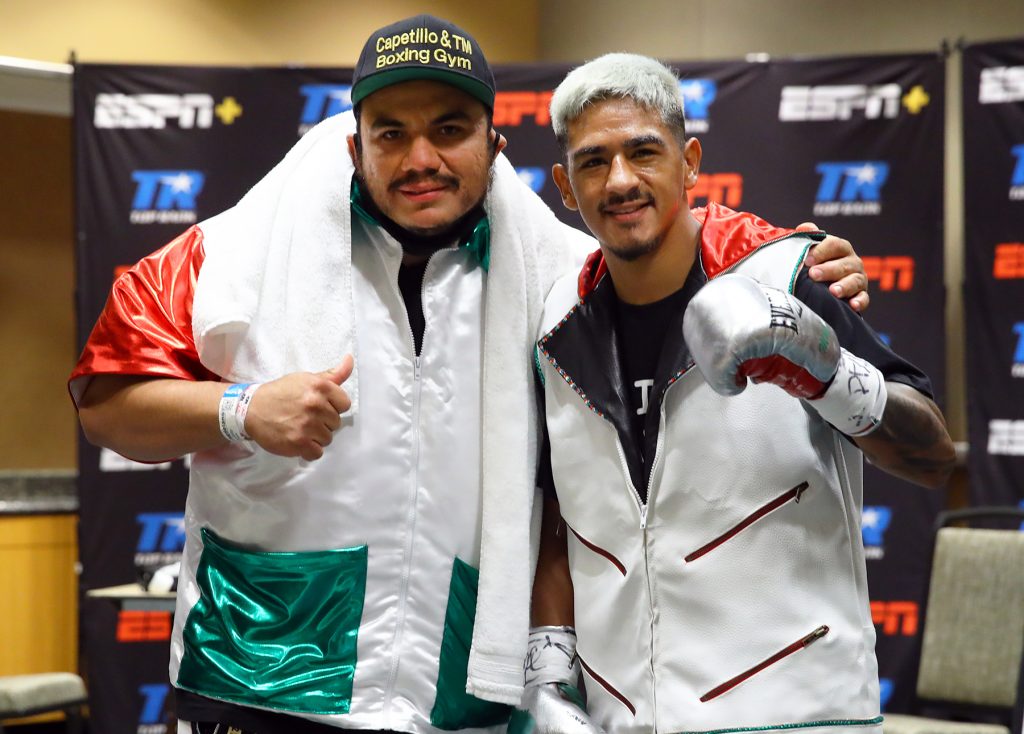