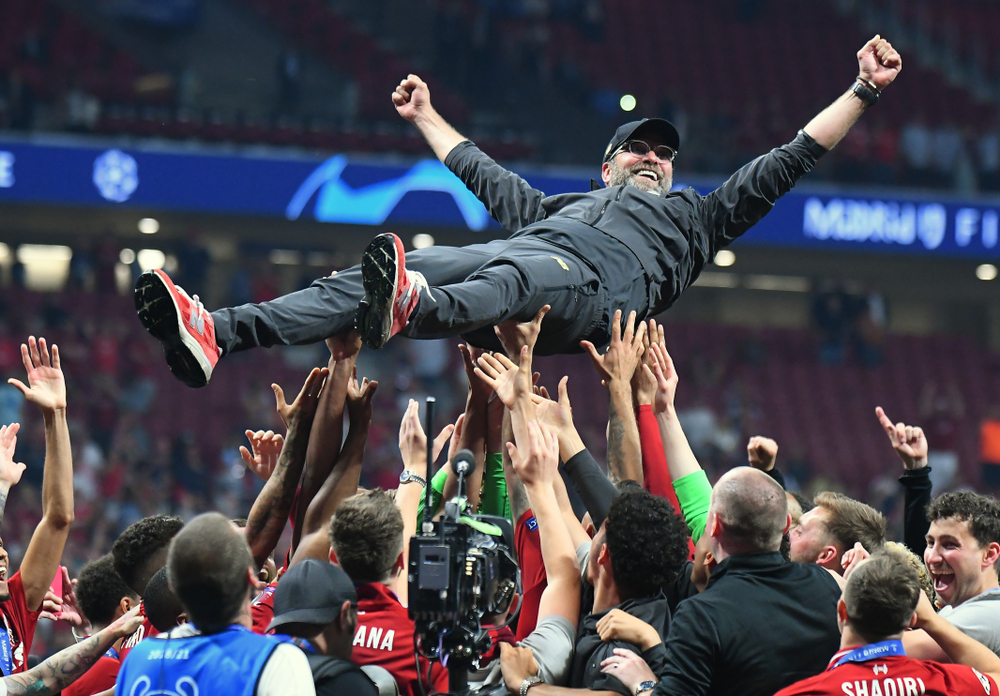 Jürgen Klopp was every Liverpool fan after winning the Premier League title.

Jürgen Klopp was every Liverpool fan after winning the Premier League title.

Klopp broke down in tears during virtual interviews after Chelsea’s 2-1 victory over Manchester City sealed the deal for Klopp’s side.

A simple yet emphatic message from the boss…

“I have no words. It’s unbelievable,” said Klopp in a Sky Sports interview after the match. “It’s much more than I ever thought, to become champions with this outstanding club is unbelievable.”

Liverpool broke so many records during this incredible campaign and on Thursday, they tacked on one more by winning the title with the most games remaining in a campaign(seven).

Yes. It feels THAT good. I want to thank all our supporters watching us from all corners of the world. You made this possible for us and I hope we can keep bringing you the joy you deserve. 🎶 now they’re gonna believe us 🎶 😀 pic.twitter.com/bqkXM1Fjpj