In the ring however, it proved to be even easier than that.

Although the 22-year-old Stevenson holds the WBO title at 126 pounds, he quickly grew out of his Featherweight frame. He has now decided to try his hand at Super Featherweight. And Caraballo was nothing more than a sacrificial lamb. One that Stevenson took full advantage of.

The feel-out process was quick for the Featherweight WBO belt holder. He landed a picture perfect body shot that sent his man to the deck.

Caraballo made a gesture as if to say he simply tripped on Stevenson’s feet, but that was not the case. Still, he wasn’t terribly hurt by the shot and continued to push forward.

Right hook, left hook, uppercut, jab, body shot, jab and more more jabs were on the dinner menu of Caraballo on the night. And his waiter, Stevenson, was more than happy to fill his plate with more than he could handle.

Through five rounds, it was one way action. Stevenson seemed to wince in pain during the early portion of the contest as if to say he hurt his left hand. After the fight he did officially confirm the injury.

Regardless of the situation however, Stevenson refused to go the full distance with a career journeyman. In the sixth round, the undefeated belt holders dream came true. He landed a shot with his injured left hand to the body of Caraballo.

Stevenson’s man went down in a hurry, seemingly trying to catch his breath. But, Caraballo made no attempts to actually make it back to his feet. From there, the referee stepped in and called an end to the contest.

With Stevenson unsure if he wanted to fully make the jump to 130 pounds, a performance such as tonight could give indication that he may have found a new home. 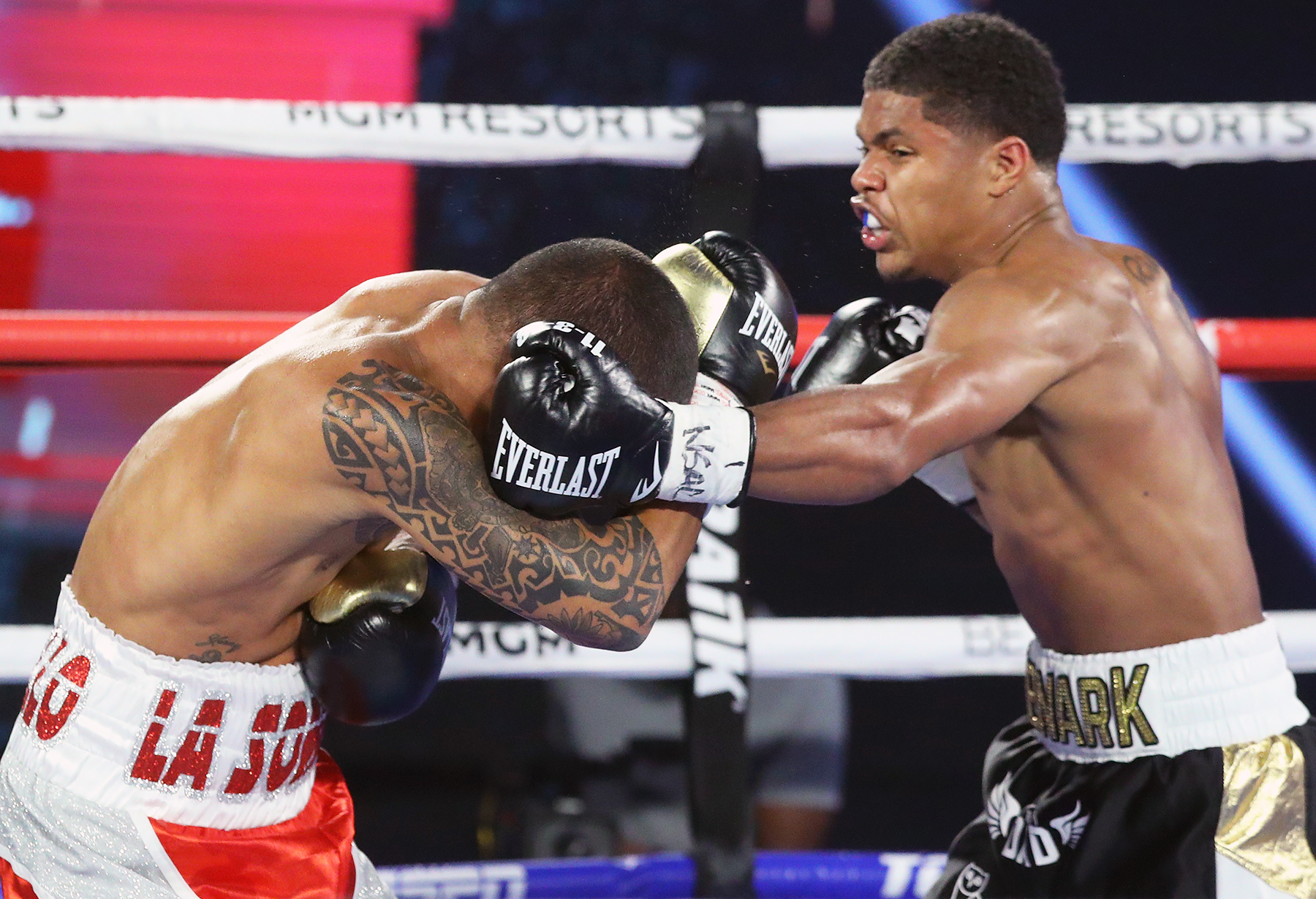 Shakur Stevenson did whatever he wanted tonight. Caraballo was overmatched, out skilled and in over his head.

It was a great performance by Stevenson who now will be looking for bigger fights in the near future.