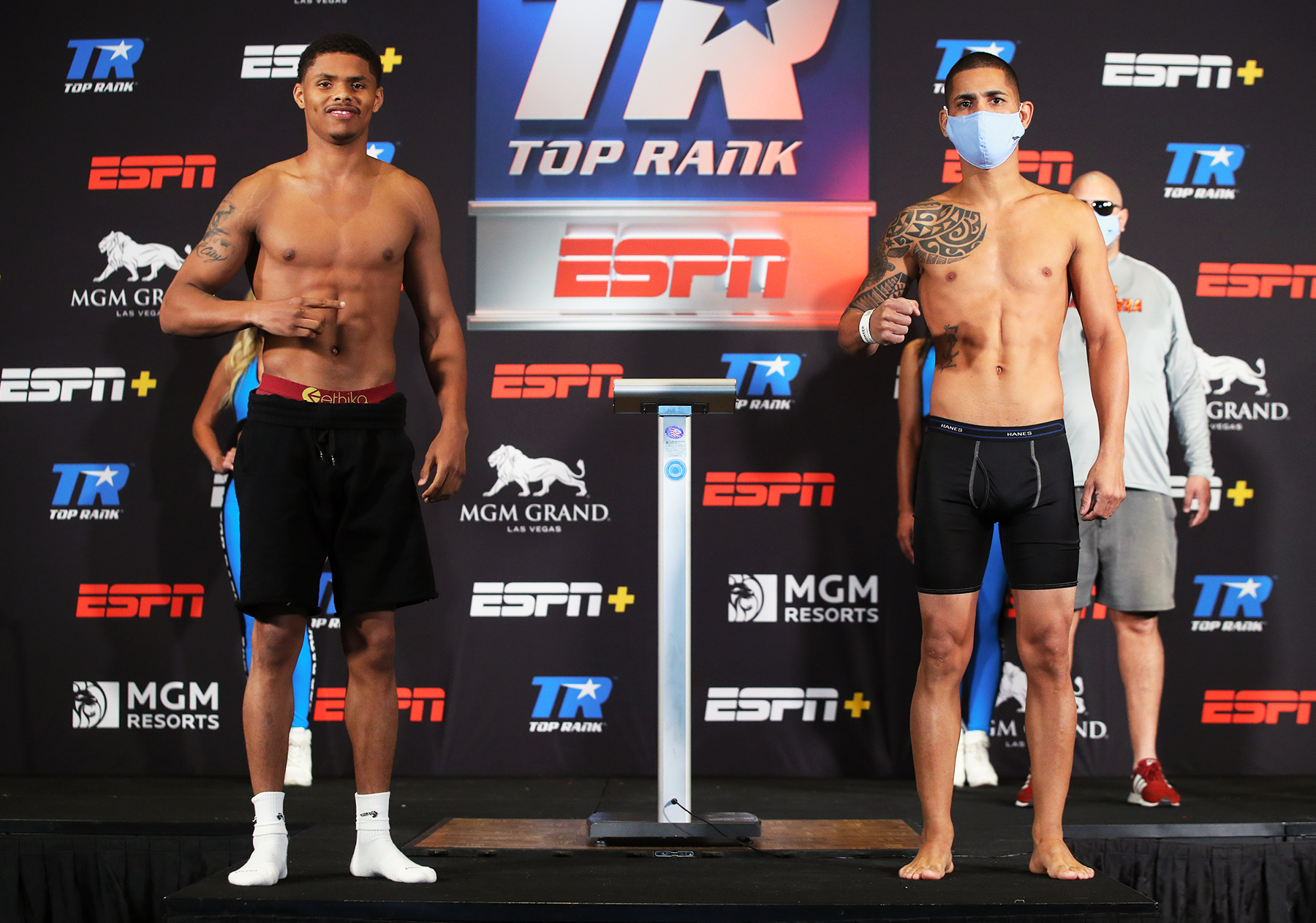 As much as boxing fans adore the all-time great fighters such as Sugar Ray Leonard, Mike Tyson, Roy Jones Jr. and so on, watching those aforementioned fighters on what felt like an endless loop of old school grainy video has become dreadful.

As much as boxing fans adore the all-time great fighters such as Sugar Ray Leonard, Mike Tyson, Roy Jones Jr. and so on, watching those aforementioned fighters on what felt like an endless loop of old school grainy video has become dreadful.

For the past three months this has become the reality of fans due to COVID-19. Now however, they can officially put away the VHS tapes and tune into live boxing for a change.

WBO Featherweight titlist Shakur Stevenson (13-0, 7 KOs) became the first big name fighter to have his contest canceled thanks to COVID-19 on March 14th, when he was due to take on Miguel Marriaga. So it’s only fitting that he becomes the first fighter back to headline his own card this coming Tuesday on June 9.

It won’t be Marriaga standing across from him though. Instead, it will be the obscure Felix Caraballo (13-1-2, 9 KOs). It’s the opportunity of a lifetime for the fighter out of Puerto Rico. But even if he does pull off the gargantuan upset, he won’t be given world champion status as this contest takes place at 130 pounds.

For Caraballo, he’ll be looking to extend his win streak to six but he’ll have to do so coming on unfamiliar territory as this will be his first contest outside his homeland. Caraballo has a plethora of excuses at his disposal should he come up short.

There will be no fans in attendance, this will be his first fight in the states and preparation time hasn’t been ideal. Still, even with the odds heavily stacked against him, he isn’t looking for excuses. Instead, he’s only looking to seize the moment.

“I’m going to give it all and I know that if we win, we could open all the doors,” said Caraballo on a recent conference call. “We could have more fights and better fights. I know I am going in with a great boxer. But I know that it is going to be a great fight. I get motivated because I know that this opportunity doesn’t happen twice.”

As for Stevenson, the pressure is always on. The Olympic Silver medalist and current Featherweight belt holder has always been compared to great fighters of yesteryear. During a recent media call however, promoter Bob Arum took things up a notch.

“I look at him as the southpaw version of Floyd Mayweather,” said Arum. “I think he will exceed the performances of Floyd. He’s just a rare talent.”

At any rate, Arum expects to see a competitive matchup between Stevenson and Caraballo. Despite never actually watching the latter in a boxing ring.

“Our matchmakers are familiar with Caraballo. They think it’s a very competitive fight,” said Stevenson. “That’s good enough for me. I’ve never seen the young man fight. But he comes highly recommended by our matchmakers.”

Competitive isn’t the words that Stevenson would use to describe his upcoming fight. The Featherweight champion is expecting anything but a hard day at the office.

“I watched like one round and I saw everything that I saw in that one round,” said Stevenson on a conference call. “I see a lot of holes in his game, so I’m going to expose him.”